Huge congratulations to BA Alumni Lee Howell who won gold at the World Photographic Cup. His image won the Wedding Category Award which was presented to him in Yokohama, Japan. This year Japan was chosen to hold the finals.

More about the WPC can be found on their website

This Link will take you to the 2017 Entries

"The WPC was founded in 2013 as a cooperative effort by The Federation of European Photographers (FEP) and Professional Photographers of America (PPA). Its singular goal is to unite photographers in a spirit of friendship and cooperation. A Governing Committee (from 7 different countries) has been created to conduct the ongoing affairs of the competition, also supported by UAPP (United Asian Professional Photography) and AIPP (Australian Institute of Professional Photography). The committee is formed by Jean Felix Bernetel (France), Jørgen Brandt (Denmark) also Chairman of the Judging panel, Dennis Craft (USA), Don Dickson (USA), Kylie Lyons (Australia), Don MacGregor (Canada), Bent Nygaard Larsen (Denmark), Noboru Okamoto (Japan), plus Giuseppe Scozzi (Italy) in the position of CEO". 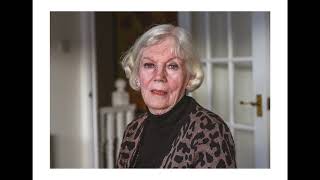